From Welfare to Politics

The founder of the family, William (I) was a yeoman farmer in Gawsworth. The worth of his possessions was £25

William (II) came to Liverpool in 1720, and died in 1746. He worked in the timber industry as a sawyer. In the rapidly expanding town, wood for building was in great demand, and William soon expanded his activities and became a timber merchant. In 1731 he joined the Quakers and from that time the family remained loyal to that movement, except for an occasional member being excluded because of public endeavours to get reform.

William (III), 1726-1789, besides being a very conscientious member of the family firm, loved to help less fortunate people. He was very aware of the deprivation in the town. He was a friend of many philanthropists of the day; Dr. Rutter (whose daughter, Rachel he married), Elizabeth Fry, the Darbys of Coalbrookdale and others. William was much admired and was renowned for his “diligent, calm and composed” manner. He was one of the earliest supporters of the Temperance movement and he was firm in refusing “Honours”. One blot on his reputation is held to be that he once sold a slave. It was well known that he opposed the slave trade and documents show that the sale was on behalf of a friend, and that the slave in question was healthy and even quite prosperous.

William (IV), 1757-1809, married Hannah Reynolds from Ironbridge, near Coalbrookdale. In 1786, they built the house Greenbank, three miles from the centre of Liverpool, as a country residence. William was in favour of the French Revolution, until Napoleon made himself Emperor. William, friend of William Roscoe, opposed the Slave trade and was unpopular with Liverpool seamen who accused him of ruining their livelihood. When Roscoe returned to Liverpool after the passing of the Abolition of the Slave Trade Bill in 1807, he was stoned by merchants and seamen. As well as being the largest importer of cotton from America, William was also interested in many other reforms. One was postal deliveries, as in 1775 mail from the South came via Warrington and there was just ONE letter carrier for the whole of Liverpool

William (V), 1787-1868, married Elizabeth Greg from Styal. He was intent on reforming the voting system. Much of his zeal was focussed against the bribing of voters during the lengthy voting period, which encouraged drunkenness, and he succeeded in having it cut from 2 weeks to 2 days.

In 1837 he was made Mayor of Liverpool, and was involved in reforming the school system, particularly religious education, making it possible for Catholic children to be taught their faith as well as Anglicans. He and his wife entertained lavishly at Greenbank, which was luxuriously improved by Hannah, widow of William IV. One of their guests, who often stayed for very long spells, was the American painter, John James Audubon, whom William helped to have his Birds of America eventually published in Edinburgh. A copy was bought for the new Library of Liverpool for an even then seemingly large sum, but although it was damaged during WW 2, it is now estimated to be worth £ millions. Other guests included the Rev. Joseph Blanco White, a Spanish priest, who converted first to Anglicanism and then to Unitarianism, Robert Owen, the philanthropist mill-owner from Scotland, and Lady Byron, wife of the poet. It is apparent that the Rathbone family helped people of all faiths and classes.

William (VI), 1819 -1902, was born in a cottage on the site of the Albert Dock. In 1847 he married Lucretia Gair and had a house in New Brighton, Wirral. He was in the cotton trade, and he and his brother travelled extensively in the United States, where they were persuaded by slave owning plantation owners that slaves were necessary for the cotton industry. Very aware of the poverty prevalent in Liverpool, he started the Liverpool Provident Society to help the very poor to help themselves by saving a little each week, and he and others regularly visited the participants to help and advise. In 1852 he got involved with local politics, joining the Liverpool Council and the Mersey Docks & Harbour Board.

When his wife fell ill, he paid Mary Robinson to nurse her, and when Lucretia died, he asked Mary to organise a system of district nursing. The only place for the sick poor to go was the Workhouse, which then “housed” 1200 inmates, many sleeping three to a bed. William knew Florence Nightingale and sought her advice. Telling William that the “pauper nurses” could not be trained to her methods, he started a nurses training school in 1863, and through Florence he persuaded Agnes Jones to train the nurses and reorganise the Workhouse. This she did, brilliantly, but after only four years she was struck down by typhus, and died. William continued his welfare work co-operating with George Melly to relieve impoverished cotton workers during the cotton famine caused by the American Civil War. They collected so much money that once the crisis had passed, there was enough left to found a convalescent hospital in Woolton.

In 1868, William (VI) was elected M.P. and lived in London, where his daughter, Eleanor was born. He worked tirelessly with his second wife, Emily Lyle, and helped establish the Universities of Liverpool and Wales. He also fought to change the tradition system of casual labour for Dockers to one of weekly wages, but in this, unusually, he failed and it was not until 1950 that this was introduced.

Eleanor, 1872-1946, read Philosophy at Oxford, where, at her second attempt, she gained a second class degree. (On the first occasion, her handwriting was declared illegible, so she paid a typist to type at her dictation.) She returned to Liverpool and was the first woman to join the Council, being elected in 1909 for Granby Ward. During WW1 she observed the poverty of soldiers wives, who received no income for the first month of their husbands’ service. She and others hired a building in Commutation Row, where wives could obtain help until their allowance became available.

Elected to Parliament in 1929, Eleanor was passionate about democracy and social problems, and tried to improve conditions in many countries where she observed injustice. She also tried to ease the difficulties of immigration into England of Jews seeking to escape from Nazi Germany. She fought for the support of housewives, holding that they deserved wages for raising their children. She managed to establish child allowance in 1945 and insisted it be paid directly to mothers. Eleanor died the following year, aged 74. 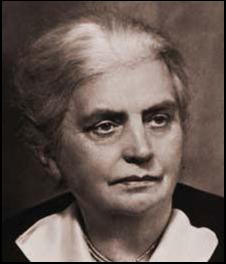 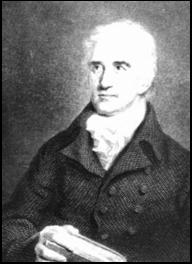 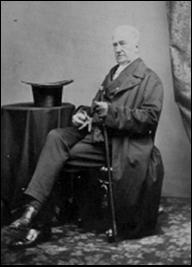 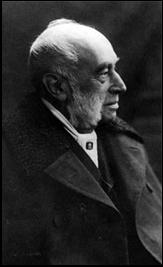