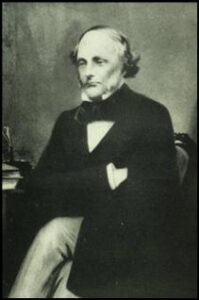 References by Dr DUNCAN to the Board of Health on the condition of the graveyards. The seven burial ground which bodies are disposed of in Pits are those attached to the Wesleyan Chapel Stanhope St, St Patrick’s Catholic Chapel Park Rd, St Anthony’s Scotland Rd, St James, Necropolis, St Mary’s Kirkdale and the Parish cemetery Vauxhall Rd. The pits vary in depth from 18 to 30ft, being 7 to 12 ft long and 31/2 to 9 ft wide The number of bodies deposited in such pits varies from 30 in St James and St Marys cemeteries to 120 in St Patrick’s. In St James about 6 inches of earth are placed over the coffins after each days interments in others the coffins are covered with 21/2 feet of soil which is removed previous to the next interments, but with these exceptions pits are left open only covered only covered with a framework of boards until filled with coffins over a period of 10 days in the case of smaller to 10 weeks in large pits It has been estimated that an acre of ground can accommodate 136 bodies yearly, in 37 burial grounds in Liverpool this number is double.

In some places it is impossible to dig a new grave without disturbing previous bodies. In some the soil when opened up is composed of decomposing human remains in various stages rather than earth. Graveyards impregnated with decaying animal matter must contaminate the atmosphere and injure health. The grand evil calls most urgently for interference, the practice of burying in pits. In summer more than 100 bodies are collected together in an open pit in all stages of decomposition, some lain there for 2 mths. Only 2 feet are left between each pit so that the moisture saturated with the decomposed matter of the adjoining pit frequently percolates into the newly made pit. In no case does the soil covering the pit when filled exceed the legal minimum of 2 1/2 feet.

In conclusion the M.O.D REQUIRE THAT FURTHER INTERMENTS BE PROHIBITED IN THE FOLLOWING BURIAL GROUNDS, St Nicholas, St Peters, St Paul’s and St Johns and that the practice of interment in pits be regulated to prevent it becoming a public nuisance.