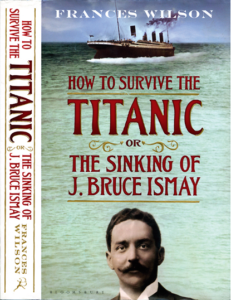 The story of the Liverpool-registered and owned White Star liner Titanic never ceases to fascinate and that is particularly the case here as it concentrates on Ismay the Crosby-born Chairman and Managing Director of the White Star Line.

Was he the coward that the American press claimed him to be or was he innocent of that charge as judged by the British Board of Trade Enquiry chaired by Lord Mersey? Did he, as owner, pressure Captain Smith to go faster despite the iceberg warning or was he just an ordinary passenger with no influence over the captain? These and other crucial questions are answered in this intelligently written book. For a pound or a penny (plus postage) it’s well worth a punt!