The Liverpool Playhouse is a theatre in Williamson Square in the city of Liverpool and is the oldest repertory theatre in England and is the Liverpool home of classic drama, from ancient to modern, presented with the highest production values. Following completion of its refurbishment in 2000, the Playhouse now has a new box office, bars and bistro as well as a glazed extension to enhance its facilities.

Although parts of the Grade II listed building date back to 1844, the main theatre was built in 1866 when it was the Star Music Hall. It was the home to Liverpool Repertory Theatre Company, which was established in 1911, and disbanded in 1999. During the Second World War it was home to the Old Vic who decamped, perhaps unwisely, to what was to be Britain’s second most bombarded city. The theatre was briefly closed in the late nineties, but has now reopened and has become the venue for numerous acclaimed new productions of old plays, in contrast to its sister theatre, the Everyman Theatre, which has focused on new works.

The Playhouse’s acting roster was among the finest in the country – including Sir Ian McKellen, Robert Donat, Michael Redgrave, Rachel Kempson, Alex Atkinson John Thaw, Anthony Hopkins and many, many more – and the rich variety of the repertory programme formed many generations of committed theatregoers. It was here that Noel Coward first worked with Gertrude Lawrence. The latter part of the twentieth century featured many high points, perhaps the most notorious being the tenure of the Gang of Four – Alan Bleasdale, Chris Bond, Bill Morrison and Willy Russell – a brief but dazzlingly creative period which spawned, among many others, Russell’s international smash hit, Blood Brothers. 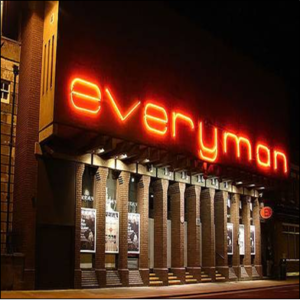 Founded in 1964 in the appropriately named Hope Hall previously a chapel, then a cinema, in an area of Liverpool noted for its bohemian environment and political edge, the Everyman quickly built a reputation for ground-breaking work. A succession of directors, exciting writers, and bold young acting companies kept the theatrical flame alive for decades, and the Everyman was the crucible for an astonishing range of theatrical talent. Julie Walters, Bernard Hill, Antony Sher, Bill Nighy, Alan Bleasdale, Willy Russell, Barbara Dickson, Matthew Kelly, Cathy Tyson, David Morrissey, several McGanns and the Liverpool Poets all considered the Everyman a formative home in their early years. The theatre has played host to many famous acts including, amongst others Steve Coogan,, Lenny Henry, Kate O’Mara, Jenny Seagrove and Jenny Agutter.

Since January 2004, the Everyman has been a producing theatre once again, and the cornerstone of its programme is the living writer. Whether it is the debut of a new Liverpool playwright, a new version of a world classic, or the British première of a major international play, the warmth and dynamism of the Everyman space embraces each of the stories that traverse its stage. 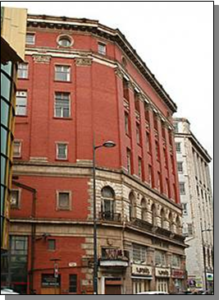 The Neptune Theatre (Renamed The Epstein Theatre in 2010)

The Crane Brothers’ music store had been trading for several years when they opened the music hall above their store on Hanover Street in central Liverpool. Over the first few years, many amateur drama groups staged productions there, thus leading to its renaming as the Crane Theatre in 1938.Originally opened in 1913 as Crane’s Music Hall, the Neptune Theatre is a Grade II listed building, with many of the original features. The Theatre is located in the heart of the new Grosvenor project on the second floor of Hanover House Building, Hanover Street Liverpool. The theatre is a proscenium arch type stage, has superb acoustics for music shows and has 398 seats arranged on two levels.

Little changed over the next twenty years, until in 1960 a bar was opened in the theatre’s box office area. However, the theatre was threatened with closure in 1966. In 1967 the theatre was brought from the Cranes by Liverpool Corporation, who decided that the theatre should be run by local people for local people. To reflect the city’s maritime history the name of the theatre was changed again, this time to the Neptune Theatre, after Neptune, the Roman god of the seas and central character in Marc Lescarbot’s “Theatre of Neptune in New France” (Canada’s first European play, written and performed in 1606).

The theatre was dedicated to the memory of Beatles manager Brian Epstein by the city council in 1997, for his contributions to the city’s cultural and musical scene although he had nothing to do with the Neptune. Local artist Tony Brown offered a portrait of Epstein on permanent loan to the theatre in 1999 and this now hangs in the bar. 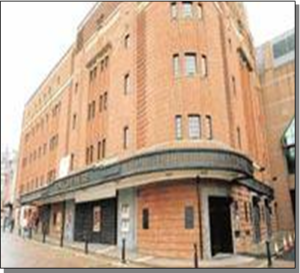 Built in the 18th Century in 1826 a circus owner, John Cooke, bought the site for his circus shows, plays, operas and concerts, and it became known as ‘Cooke’s Royal Amphitheatre of Arts’. In 1881, the building was redesigned by Henry Sumner as a regular theatre and it was re-opened as the Royal Court.

The Royal Court Theatre we know now was opened on 17th October 1938. It had been totally rebuilt with a new Art Deco style, making it Liverpool’s number one theatre with all its splendour and grandeur. The interior of the building holds a nautical theme, which is in line with Liverpool’s seafaring traditions. The basement lounge has its design based on the Queen Mary Liner. There are three viewing levels within the main auditorium: the Stalls, the Grand Circle and the Balcony.

A fire destroyed the building in 1933 during the opera and drama. Construction works began in March 1938 to ensure the theatre was rebuilt and reopened in October of the same year.

Although the Blitz of World War Two destroyed many of the buildings around it, The Royal Court itself remained intact. Throughout the war, many well-known artists performed in the Royal Court, including Ivor Novello, Margot Fonteyn, John Gielgud and Richard Burton who appeared in an Emlyn Williams production. In 1990, the building was listed as Grade II.